How London’s Direct Vision Standard Scheme Could Save Lives

One hundred and twelve (112) people were killed in personal injury road traffic collisions and casualties in Greater London, in 2018 (the most recent year we have on record). A further 3,953 people were seriously injured and 26,526 more were slightly injured.

Things are moving in the right direction though.

These numbers have been steadily declining over the past decade, with the number of people killed on London’s roads falling to the lowest level recorded in 2018.

In a bid to further reduce those numbers, the Mayor of London’s Vision Zero plan has been put in place, with a goal of eliminating all deaths and serious injuries on London’s transport network by 2041.

What does Vision Zero have to do with Transport & Logistics?

The Vision Zero strategy, set out by The Mayor of London, Transport for London and the Metropolitan Police, puts a focus on the area where people are most at risk of deaths and injury on London’s roads and transport networks: the streets.

That puts the onus for safety not only taxis, buses and motorists but on commercial vehicle drivers and operators, too.

TfL introduced the Direct Vision Standard (or DVS), with an aim of to reducing the risk of injury or death on London’s roads, by ensuring HGV drivers are able to clearly see any pedestrians, cyclists and motorcyclists near the vehicle.

What is the Direct Vision Standard?

The Direct Vision Standard and safety permit will be required for HGVs that travel and operate in Greater London.

In order to improve safety for all road users, the standard measures and scores vehicle types, based on how much the HGV driver can see directly out of their cab windows. Driver visibility indicates the risk to vulnerable road users (like walkers & cyclists) nearby. 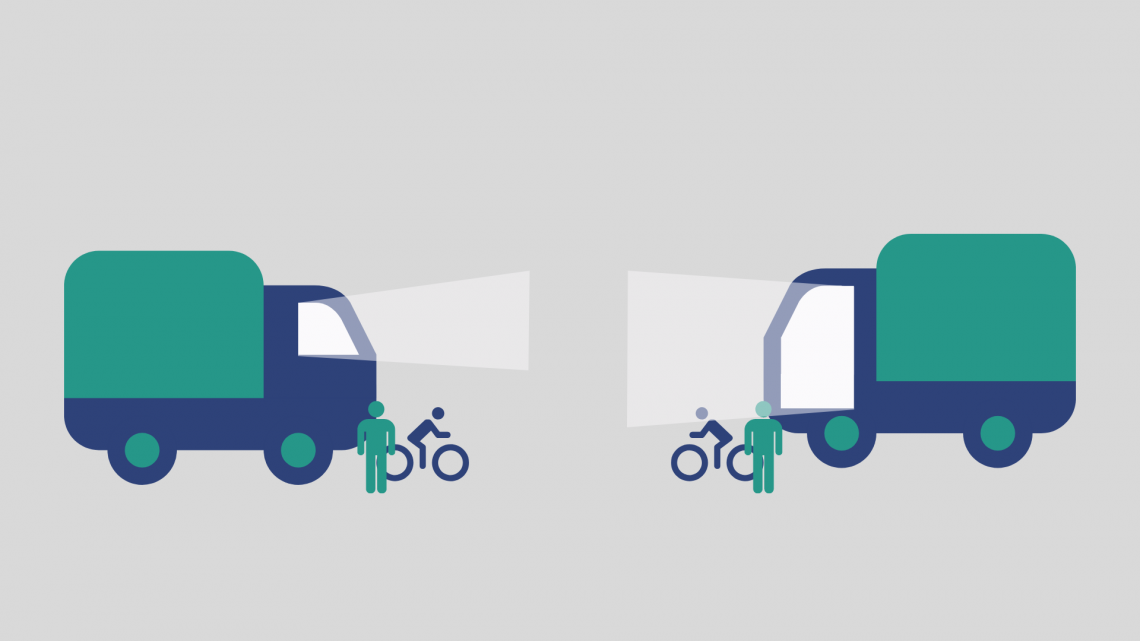 How the Direct Vision Standard Works

From 26 October 2020, valid HGV Safety Permits will be required for any HGV over 12 tonnes entering or operating in Greater London.

Who is affected by the Direct Vision Standard?

These vehicles must be granted a permit in order to operate within the capital. The scheme will be in effect in Greater London 24 hours a day, every day of the year.

Operators (and drivers) planning routes for 12+ tonne GVW HGVs in and around London should be aware of the standard and ensure that their vehicles either hold a valid HGV Safety Permit or are routed outside of Greater London.

How do I comply with the Direct Vision Standard?

Any operator that will be affected by the DVS will be required to hold apply for and hold an HGV Safety Permit for each vehicle over 12 tonnes GVW.

The application process is free of charge.

As part of the safety permit scheme, the vehicle will be assigned DVS star rating. Permits will automatically be granted for any vehicle meeting the minimum DVS star rating. TfL has committed to working with vehicle manufacturers to assign those star ratings to vehicle types.

The same rules apply for any vehicles registered outside the UK. Operators or drivers can apply for a permit as usual – foreign equivalents of any registration documents will be accepted.

What happens if I don’t comply with the Direct Vision Standard?

Once the scheme is in place from 26 October 2020, driving an HGV within Greater London without a valid permit may result in penalty charge notice (PCN) of up to £550. Additionally, permits may be revoked or suspended for vehicles that have been achieved the standard but are later found to be in breach of the permit terms – this may be particularly pertinent for permits awarded after fitting Safe System improvements.

How Stream can help you to comply with the DVS

In the Stream vehicle management module, you are able to add & record information about vehicle types, as well as about specific vehicles.

Then, at the individual vehicle level, documentation for granted permits could be attached to those vehicles that require them – including any proof of retrofitted Safe System improvements.

HGV safety permit information can be marked against vehicles, which would make it easier for route planners to only assign routes through the Greater London area to those vehicles marked as not requiring a permit or already holding a permit (and avoid the penalty for operating non-permit-holding vehicles in the area).

Additionally, licences and documentation about each vehicle can be stored and accessed in a single module within Stream. This should simplify the application process, as you can always find the documentation you require for any vehicle.

Ultimately, the Direct Vision Standard is about driving safely and saving lives. Though there is currently no requirement under the permit scheme for daily vision checks, it would also be easy to add this as a part of your drivers’ daily walkaround checks in the Stream Mobile Driver App, and go above-and-beyond in ensuring that in-cab visibility to the road is never compromised.

If the Direct Vision Standard is something you’re worried about for your fleet, why not schedule a demo to chat with the #StreamTeam about how we can help you stay safe and compliant.

Return to Blog
This site uses cookies: Find out more.